A One-Shot of Whiskey

For a while after our Spawn of Azathoth campaign came to an untimely end, our entertainment on game night consisted of a series of games that could be played in a single evening. At some point in my exploration of the indie RPG scene, I had put together a "one-shot survival kit," a plastic tub containing a bunch of rules-light stuff that I can pull out at a moment's notice.

This kit contained Fiasco, Carolina Death Crawl, Powers for Good, In a Wicked Age, Adventures on Dungeon Planet, a binder of one-page dungeons, and a bunch of games from One Seven Design. One Seven is John Harper, a prolific designer of RPGs that crouch, ready to pounce, at the intersection of brevity and beauty.

Mr. Harper is so prolific, and his designs cover such a tantalizing gamut of genres, that I eventually gave them their own kit box. I have to say that a plastic storage tub fails to do them justice, though—what they really want is their own spinner rack or vending machine. 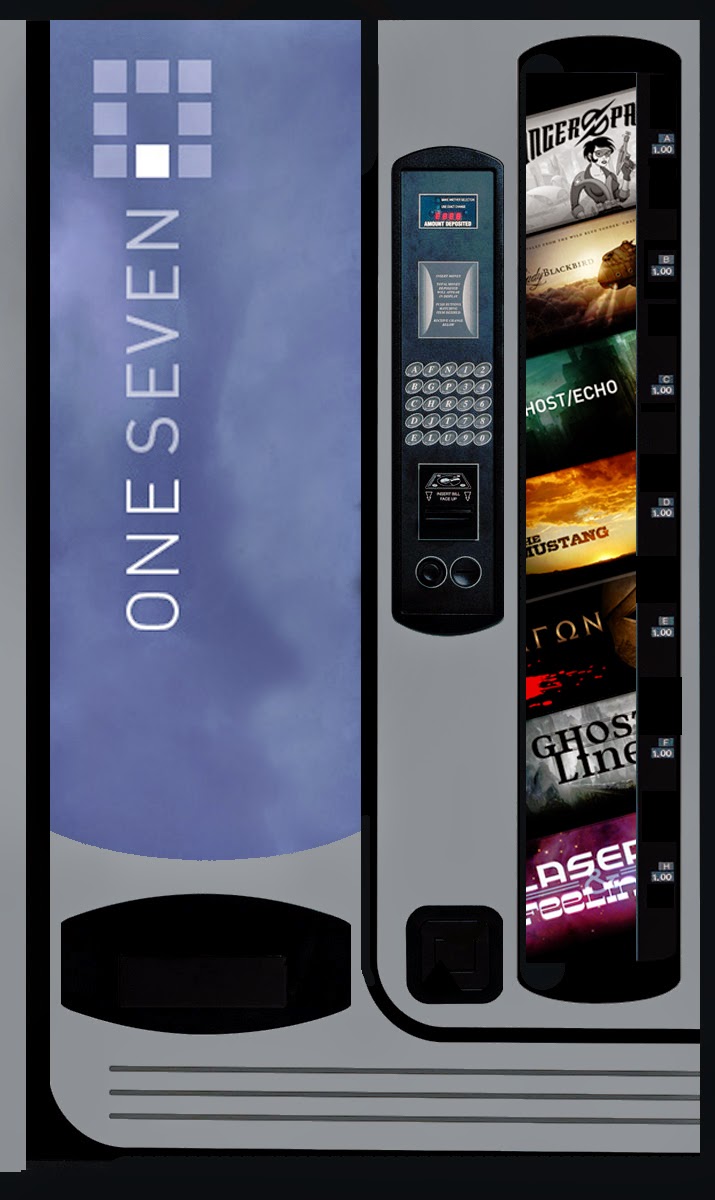 Usually on a one-shot night I pull a bunch of stuff out and ask everyone what they feel like playing, and usually no one has any strong opinion, so I've gotten in the habit of just running anything I feel excited about in order to sidestep the "I dunno, what do you guys want to play?" dilemma. Luckily, my players trust me not to be self-indulgent, and I try to live up to that trust by giving a lot of thought and consideration to what they might enjoy before I throw something new at them. 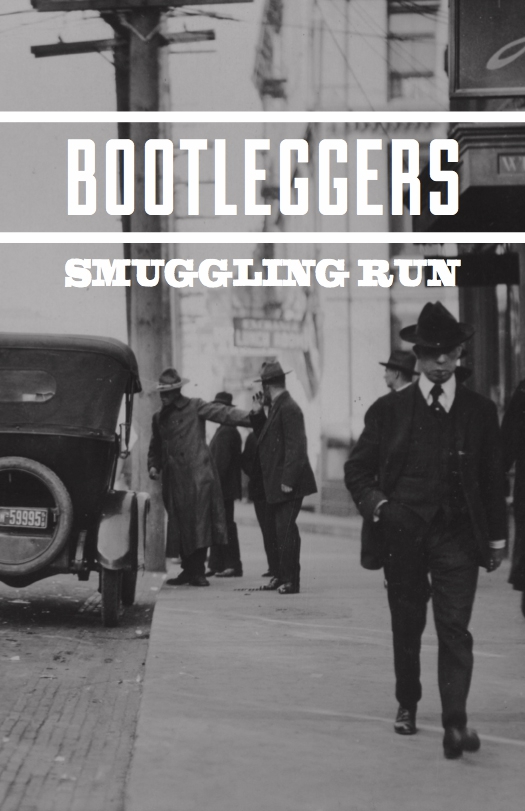 On that first Lovecraft-free game night, I was still in a 1930s sort of mood, and John Harper had just put out Bootleggers: Smuggling Run via his terrific Patreon. So I printed it out, brushed up on my Prohibition history, and prepped a quick-ref GM aid for myself (I only used a handful of the items on this thing, but it gave me a sense of security and helped ground my improvisation). That night there wouldn't be a menu of games to choose from; we would sit down and play something I had pre-selected. But I wanted to get them into the mood, so at the last minute before I left the house I dug up an old steel flask, filled it with bourbon, and tossed that in my backpack too.

In Bootleggers, the players are the eponymous smugglers, small-timers at first, striving against the law and rival forces to hit the big time without ending up in the big house (or bleeding out on the curb). Character and gang advancement happens when the PCs rack up enough "scores," which are rated according to the number of cases of booze they can smuggle or steal. It's a concrete, perfectly thematic way to track experience that feels great in play, pushing the same buttons as the gold-as-XP approach in old-school D&D.

But the best thing about booze-as-XP, as we soon discovered, is that it's fragile: a car crash or hail of bullets—not to mention a G-Man with a fire axe—can wipe out your precious cargo. So not only do you have to get the goods from point A to point B in order to level up, you need to make sure the maximum possible number of cases or barrels survive the trip. This ended up being my single favorite aspect of the game, because of the way it forced the PCs to behave in situations where their score-in-the-making was under physical threat. After gang and character creation, which made for a nice transition into the milieu of the game, I set the scene: it's a chilly November night and the four of them are split between a sedan and a flatbed pickup, pulling into the back lot of a distillery on the St. Lawrence, just outside of Montreal. They're antsy after the 10-hour trip from Providence, and anxious about their first score. One of them has a cousin who works at the distillery, and arrangements have been made to cross his palm with U.S. currency in exchange for enough barrels of Canadian whiskey to fill the flatbed. They're expected to knock shave-and-a-haircut on the loading dock door to announce their arrival, and that the coast is clear. They stop just inside the parking lot gate, and the two guys in the sedan get out to confer with those in the truck

At this point I pull out the flask, unscrew the lid, and hand it to player on my left, saying, "You pass around the flask one last time." There's a pause, and they all exchange glances, but none of them says anything. And then they pass it, taking swigs one after another, until it comes back around to me and I screw the lid back on. I had brought the flask on impulse, not sure what I was going to do with it, but it ended up being the perfect thing to set the mood and mark our crossing of the threshold of play. That none my friends batted an eye at this potentially awkward stunt reminds me how lucky I am to get to play with them on a weekly basis.

When the barrels were half-loaded, thugs dispatched by the Prohibition King of Providence showed up, and the ensuing shootout played out like the Victory Motel scene in L.A. Confidential, only with less SMG and more knife.


It was among the most intense and gratifying fights I've experienced in an RPG, with every die roll honored, the lives of the PCs very much a stake, and all of them surviving, miraculously, unscathed. When the smoke cleared, someone asked for the flask again and described his character trying to steady his hands before taking a swig. The flask went around the table one more time.

They made it across the border safely via back roads, but in the hours of driving between Quebec and southern Vermont the shootout had been reported and investigated, and American authorities notified. So they encountered a roadblock on Interstate 91, just a few miles from the real-world building where we were playing. From there things tipped into one long, intensifying downward spiral.

Half the gang met their end in a shootout with state police on a moving train, while the other half limped back to Providence with only 2 of their original 8 barrels still intact (they had crashed the flatbed, and managed to get only 2 barrels into another truck, hijacked from a dairy farm). I house-ruled that each barrel was worth 2 cases, which for a Level 1 gang gave them a total of 2 scores.

Realizing that they would need 4 more scores to reach Level 2 (and knowing this was a one-shot), they described mourning the loss of their friends, abandoning their life of crime, and drowning their sorrows in the fruits of their ill-advised efforts.

All in all, Bootleggers provided the best one-shot experience we've had to date. One side effect of that is that it made me want to run a full-fledged Bootleggers campaign some day; another is that I am super-excited for John Harper's next big project, Blades in the Dark, which will be launching on Kickstarter in March.

Thanks for the good times, John! Looking forward to more.
Posted by Unknown at 11:46 AM